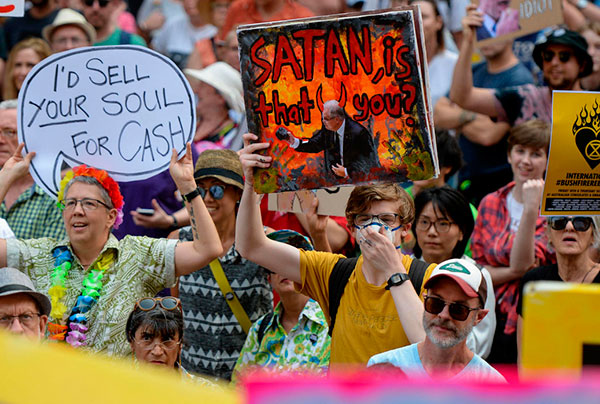 Yes, there are responsibles, the capitalists and the governments at their service!

For weeks we have been witnessing one of the biggest natural disasters that humanity has known, the massive and virulent fires that are ravaging southeast Australia. So far, more than 10 million hectares have been burned, an area greater than that of Andalusia; 1,000 million animals have died, including one-third of the population of koalas; unique ecosystems have been destroyed, such as Kangaroo Island that has already been burned in a third; Canberra has become the most polluted city in the world, with 5,000 micrograms of toxic particles per cubic meter of air (beyond 200 micrograms is harmful to health); thousands of homes have been razed, more than 300,000 people have been evacuated and almost 30 people have died. The damages are quantified in billions of dollars, and it is expected that clouds of smoke, which have already reached the stratosphere affecting atmospheric conditions, go around the world.

At the time of this catastrophe, the reactionary Australian Prime Minister, Scott Morrison, enjoyed his vacation in Hawaii. Like Trump, Scott Morrison denies demagogically climate change to defend the businesses of large capitalist multinationals, and in this case, the powerful coal lobby. Both at the summit of the climate of Paris and Madrid, its role in avoiding any minimal commitment has been very important.

The absence of the prime minister and other members of the cabinet during this terrible disaster has added even more anger and outrage among the population. As a result, mass demonstrations have begun to take place in the main cities of the country, demanding the imminent resignation of this reactionary, that immediate measures are taken against climate change and investments to provide the fire and forestry services of the media necessary to deal with fires.

A government at the service of coal and fossil fuel multinationals

Every year Australia suffers the so-called fire season during the summer. However, on this occasion, as a result of the rise in temperatures due to global warming, record figures were reached, getting an average temperature of 41.9 degrees, the highest recorded, with 48.9 degrees in areas of Sydney and 49.8 degrees in Eucla. While the earth has warmed around a degree, in Australia this warming, due to its proximity to the pole, is even greater, having reached 1.52 degrees according to the Australian Meteorological Office. A situation that allows us to see phenomena in Australia that we will suffer in the rest of the world as temperatures continue to rise.

At the same time, a meteorological phenomenon called the Indian Ocean dipole is increasingly manifested as a result of climate change, as scientists have warned, producing worse droughts in the eastern part (Southeast Asia and Australia) and torrential rains and floods in the western part (Africa). What is certain is that these devastating mega-fires, as recognized by the entire scientific community, are a direct consequence of climate change.

Nevertheless, the current Australian government and its Prime Minister, Scott Morrison, try to deny the evidence to defend the interests of the lucrative coal industry and other fossil fuel industries. Australia is one of the most polluting countries in the world, as it is the largest exporter along with Indonesia of coal, the most polluting fossil fuel in the world, and along with Qatar of liquefied natural gas, which makes it the world's largest net exporter of fossil fuels after Russia and Saudi Arabia.

The government continues to bet on the coal industry as one of the pillars of its economy. Hence, the opening of the largest coal mine in the world in the Queensland region has already been approved, with a production of 28 million tons. The project could also contaminate the waters of the region, as scientists and environmental organizations have denounced, and contribute to the definitive destruction of the Great Barrier Reef, which is rapidly degrading as a result of climate change.

Coal or unemployment? A lie to guarantee lucrative capitalist businesses

Scott Morrison and his party focused their last election campaign on raising the need to further expand the coal industry, noting that it is the "gold of Australia", and threatening an economic catastrophe and mass unemployment if it is dispensed with said industry. A false argument and blackmail that seeks to frighten sectors of the population to guarantee the business of a handful of multinationals.

Although coal is dispensed with, there are alternatives. What is necessary is that in the regions that are affected by this process of industrial reconversion new ecological industries are installed and plans are organized to ensure new 100% ecological jobs. The capitalists and the governments that represent them try to place us in this dilemma: either we respect the environment, or we have jobs. But it's a lie!

Today there is technology to forever discard the coal industry and progressively the bulk of fossil fuels, and also create quality green jobs. The problem is that the capitalists have no interest in making the necessary investments for this, since they only think about obtaining short-term benefits at the expense of whatever. That is why it is more urgent than ever to expropriate and nationalize under the control of the workers the mining, oil, and power multinationals, and the group of large capitalist industries and banks to start planning production-based to social and environmental criteria.

Cuts in fire services, and multi-million dollar investments in the military industry

Another aspect that has aroused the indignation of the population has been the lack of investments to provide firefighters and forest services with the necessary means to cope with fire seasons, despite numerous warnings and reports existing.

An organization made up of the chiefs of the main fire services of the country warned the government since April about a catastrophic situation like the one that is being lived today, requesting to meet to coordinate measures and plans against this threat. As they have indicated, the government not only did not want to meet and listen to its warnings but also avoided addressing any aspect that involved "talking about climate change." For many years, numerous reports have been published, warning about this outcome, without any action taken in this regard by this government nor by the previous ones.

On the other hand, the liberal-national collation of government coalition has cut this year the budget of both the fire and rescue services, as well as the rural fire service, by 12.9 million dollars (1.6%) and in 26.7 million dollars (4.8%) respectively. However, while the government points out that there is no money for firefighters, $ 80 billion is spent on the construction of a fleet of state-of-the-art military submarines.

Besides, part of the firefighting service during the fire season depends on volunteers, a way of saving money and deteriorating the service. The government itself, after refusing to pay volunteers by stating that the debate itself was a distraction, has finally been forced to establish compensation for all volunteers as a result of the enormous social pressure.

Capitalism kills the planet. Fighting for socialism is the only way out!

But the tragic situation that Australia is suffering has another face, that of solidarity and that of fighting in he streets. In recent days thousands of people in dozens of cities have taken to the streets to say enough, enough lies and enough to govern in the service of a handful of capitalists! The government and the police tried desperately to prevent the demonstrations, noting that the police were helping in the fires, so they could not "guarantee the safety" of the fires, and asking the organizers to recall them. What cynicism!

The real reason is the fear that a massive movement in the streets will knock this incompetent and reactionary government. That is why it is more important now to continue with the mobilizations demanding the immediate resignation of Scott Morrison and his entire cabinet, as well as the opening of a criminal process to prosecute them and all the top government officials who did nothing to avoid this situation. and ignored the numerous existing warnings. We must end the impunity of all these individuals.

On the other hand, as the protesters point out, all the country's resources must be immediately used to curb the current fires and prevent future fires, immediately cutting military spending and demanding that the biggest capitalists, both Australian and foreign, pay for the enormous damages that have occurred. For this, it is first necessary to expropriate and nationalize both the coal industry and the rest of fossil industries, as well as banking, designing a plan that reconverts the productive fabric and the industry based on exclusively ecological and social criteria. On the other hand, the reconstruction must be carried out by public companies, under the control of the workers, to prevent the capitalists responsible for this catastrophe from doing new business. Only then things can start changing. 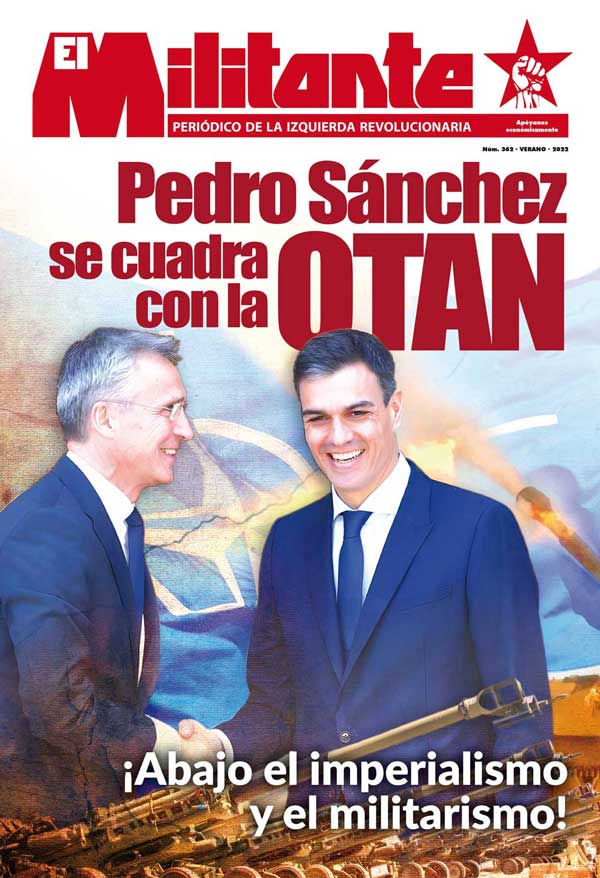 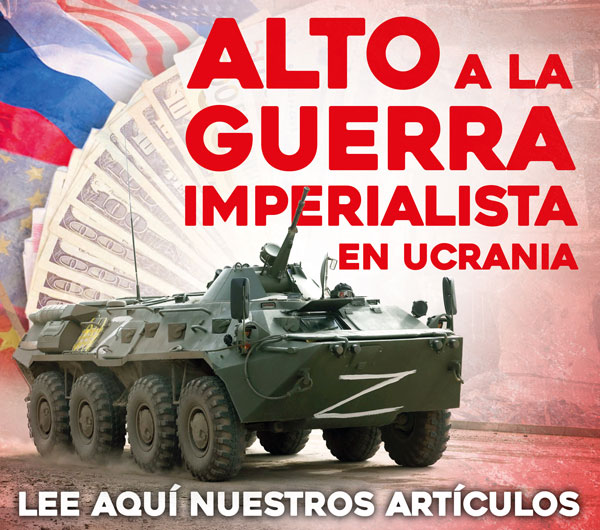 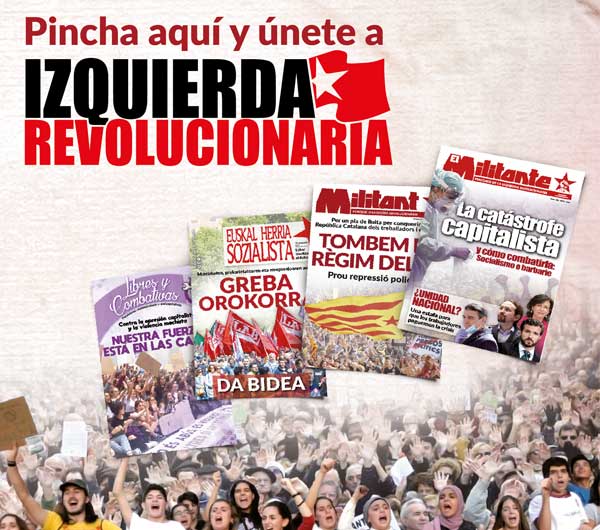 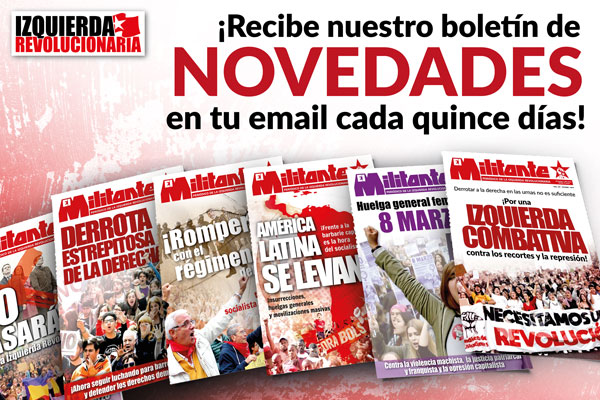