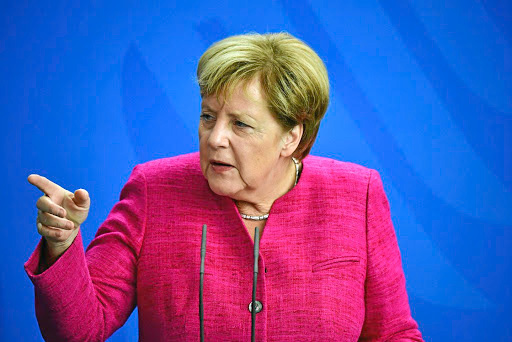 We need a Marxist alternative to fight for socialism

The Merkel era drawing is to a close, with growing instability and an upsurge in class struggle. This end is marked by the big established parties since World War II losing influence, and an increasing political polarization. The CDU/CSU has fallen by almost 8 points and the SPD by more than 12 from the European elections in 2014. At the same time, mass mobilizations and a progressive increase in workers’ struggles have taken place.

The political polarization in Germany reflects the alienation from the political system, in which economical polarization and inequality have continued to grow – be it through the general attack of Hartz IV or by drastically expanding temporary precarious employment, raising the retirement age to 67, "flexibilizing" the pension and numerous privatizations. Apart from that, there are problems like the approaching climate catastrophe, which can’t be solved within the existing system.

New movements are growing that are beginning to question pillars of capitalist order. In the movement for more staff in the hospitals, the nationalization of the health care system is one of the demands that have been raised. The fact that the private housing market has been creating high profits through speculation for real estate companies and big private owners but no affordable housing for the majority of the working class is the base for the movement to expropriate the real estate giant "Deutsche Wohnen" in Berlin.

This is the social ground on which the chairman of the “Young Socialists”, Kevin Kühnert, finds a hearing. On the first of May Kühnert gave an interview in which he advocated the expropriation of large corporations such as BMW and thus launched the biggest debate on socialism in many years. This interview is not a reflection of a truly Marxist position of Kevin Kühnert, but of the social polarization within society and the radicalization of certain sectors.

Like no one else Kühnert now stands for the attempt of a "left renewal" of social democracy. But the SPD is anything but a "Kühnert party". Campaigns like #SPDerneuern, which demand a left turn, are weak and politically moderate. There are also strong forces inside the party which seem to prefer even the death of their party to the rise of a German Jeremy Corbyn. Right-wing SPD-politicians have already launched an initiative to prevent their party from turning left.

In this way, the SPD pays the consequences for being part and the main sustainer of Merkel and her governments in the recent years, developing the austerity policies of the German bourgeoisie, and undermining its authority among the working class, and especially among the youth, obtaining the worst results of its history in this last European elections.

Katja Kipping, leader of the Left Party, described Kühnert's remarks on expropriations and socialism as "very far-reaching" instead of putting forward a bold and consistent policy on the question of expropriations.

In the European elections, DIE LINKE had not much more of a profile than to advocate a somewhat more social and ecological Europe. But our heads are worn out by empty phrases, hardly distinguishable parties and promises of even the smallest reforms, which in the end are not kept. And so this course gave DIE LINKE a 5,5 percent electoral defeat – a loss of 100,000 votes – in a situation of a big retreat of the SPD, which lost more than 2 million votes. This was the historically lowest result in the European elections for the Left Party, showing her incapability to attract the discontent of all left wing voters.

Despite this vote of no confidence to Left Party and SPD, Katja Kipping once again campaigned for an alliance with Social Democracy and Greens in the national government, which means that the Left Party would give in to a bourgeois policy of cuts, administrating poverty, warfare and so on just like the Social Democracy and Greens do. In Bremen, a red-red-green government is now formed in the first state of Western Germany. The SPD, which was the strongest party in Bremen for 73 years, has already announced cuts in the election campaign and has now fallen to a historic low. Differently than some in the Left Party pretend, one cannot speak of a general enthusiasm for a SPD led red-green or red-red-green government.

The politicians of the Left Party who where in the negotiations are now proudly presenting the few reforms they achieved, like free train trips for children who grow up in poverty or a programme of legalizations for illegal refugees. But at the same time they already have to admit, that all that has been negotiated still depends on the financial resources of the region and can be taken back. Also the policy of having zero debts in the household – meaning a strict policy of austerity – has been fully accepted by all the delegates in the negotiation. Like that, the Left Party will over the long term again create disillusionment amongst the working class, clearly acting as an arm of the establishment instead of fighting for opportunities to radically change society.

One of the winners of the European elections was the AfD, which obtained 11% of the votes (4,1 million), 2 million more than in the 2014 European elections, but having a setback in relation to the last national elections of 2017 with 12,6% and almost 6 million votes. They maintained a strong political support, becoming the strongest political force in votes in the states of Brandenburg and Saxony.

The AfD stood in the elections with a clear anti-EU populist slogan meaning "Are you crazy, Brussels?". But the AfD is anything but a "small people's party"! In its 90-second clip for the elections, it focused on the German “middle class” and small businesses, and also the AfD makes its politics in the interest of big business and banks. A voice for them from the ranks of the working class is a voice of resignation and passivity.

The rise of the Green Party. Vacuum on the political left

The strong vote for the Greens was also an expression of increased reporting on climate change. But it is not enough to explain the rise of the Greens with Greta Thunberg and Fridays for Future. In this election a bigger number of young workers voted for the Greens to vote against the reactionary AfD. They won 4,5 million votes more than in the 2014 elections, much more than the losses of SPD and DIE LINKE combined, thanks to the increase of electoral participation (14,4 points above the 2014 elections).

But the Green Party, that defends green capitalist policies and applied in the past austerity and cuts policies, is not an alternative. It is nothing other than the green-painted Macron, and now campaigns for a tax on carbon dioxide, comparable to Macrons “ecological tax” in France, that will harm the working class and poor in particular and change nothing about the environmental destruction caused by capitalist economy.

Elections are only a distorted expression of consciousness. 40% of the German population –especially poorer sections of society – did not vote. For what was the most obvious during the elections was the absence of a party that unites the working class with a radically social program and challenged the established party mash from the left. Because when if not now is the time for combative campaigns to reduce working hours, for expropriations and nationalizations, against an EU of banks and corporations and for a socialist world.

For more staff, for radical reductions in working hours. Expropriations and nationalizations of the strategic economical sectors!

A socialist alternative is needed, also to organise solidarity from below for the current labour struggles and to accompany them with political campaigns. Mass demonstrations are not enough to achieve fundamental change. It is the working people that have the strongest power in their hands.

At the same time, years of relative "class peace" have made the bureaucratic sleaze grow constantly in German trade unions, which must be broken through by new struggles. This is becoming obvious in the #fairwandel-campaign of the metalworkers union. The warning strikes in the metal sector at the beginning of last year have clearly shown the potential for a determined struggle to reduce working hours. Instead of relying on this power and fighting for a working time of 30 hours with full wage and staff compensation, the IG Metall leadership is relying on co-management. With this union policy they have halted the fight at a very early stage, refusing to make use of the workers’ power. They have signed an agreement, which made a reduction of working hours possible for a limited layer of workers, but at the same time extended the possibility for the bosses to have 40-hours-contracts, undermining older agreements in the metal sector, worsening the labour conditions of the most precarious layers and helping to divide even more the workers in the metal sector.

At the same time, the issues of digitalization and ecological change offer the perfect base to fight for the nationalization of key industries and banks under workers democratic control and administration. But this is not going to be done by the bosses, especially in a possible context of industrial recession in Germany, using this kind of arguments, as we see, only as an excuse to justify future sacks and cuts. As the Volkswagen emissions scandal has clearly shown, only a society and economy that is democratically organized can be organized according to the needs of humans and nature instead of profits – and together, we need to fight for it, building Marxist forces for a revolutionary change and workers’ power! 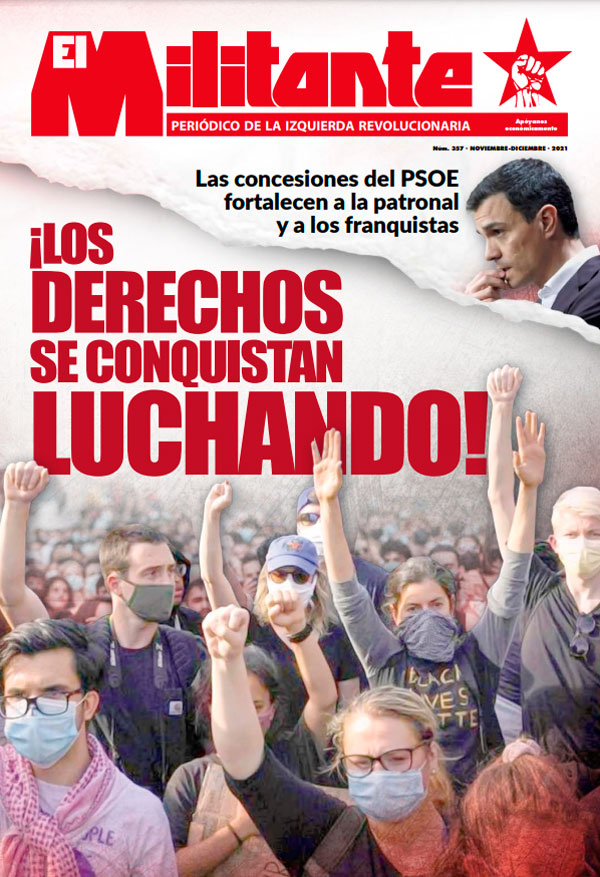