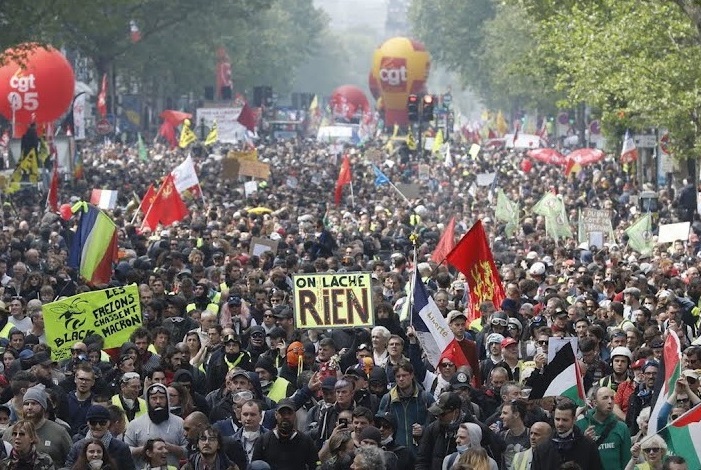 The workers vote to continue the fight. Down with the Macron government!

The general strike of last December 5 called by the main French unions has been a resounding success, to the point that several unions announced that it would be extended until Monday 9 (as it has been) and a new day of demonstrations has been called for Tuesday 10. All this is very symptomatic of the social atmosphere in France and the determination of the working class not to allow any further backtracking on its rights.

The CGT estimated that 1.5 million people participated in the more than 250 demonstrations held in the big cities and many medium and small towns throughout the country. The strike brought France to a complete standstill, and there was a very high level of participation in both the public and the private sectors, showing that the need for unity was urgent for the workers, despite the reticence of the union leaders.

The impact was particularly noticeable in transport, where it had already been announced that it would be the starting point for a broader mobilisation process. Ninety per cent of the long-distance railways and 80 per cent of the suburban railways were left unserviceable. Traffic was also affected in the Parisian metropolitan transport network (metro, tram, and buses). According to the entity that manages it (RATP), of the 16 metro lines, only 2 — the only automated ones — have guaranteed normal traffic. The following day, 6 December, the strikes continued: 9 lines were suspended and in another 5 the frequency fell, in some cases, to a quarter. As a result, early in the morning, in the Paris region, there were 292 km of traffic jams, which became more than 600 km in the afternoon.

The Directorate-General for Civil Aviation asked airlines to reduce their flights to and from the airports of Paris, Lyon, Marseille, Toulouse and Bordeaux. And the private channel BFM TV highlighted in its news that 7 of the 8 French refineries, a strategic sector of the economy, were still on strike the next day.

Another important aspect of this strike is that unity in the action of the trade union movement has been made effective with the yellow vests, which on Saturday 7 December went out again for the 56th time on the streets against unemployment and precariousness, despite the harsh repression they are suffering (3,000 have been sentenced, a thousand of them with effective prison sentences). This is a great step forward in the political situation and one that closes the mouths of all those — including some who claim to be left-wing — who did not understand the character of this movement and branded it as reactionary.

A resounding success that none of the big bourgeois media has been able to silence. For example, the newspaper Le Parisien had to recognize that the mobilizations have been an "undeniable show of force" against the Macron government.

The working class, ready to go all the way

The strength of the movement is evident, the workers understand perfectly that the strike of December 5, although it is a giant step in the struggle, is not enough: it must be continued, extended and better organized until the pension reform is reversed, and until all the adjustment plans that Macron and the French bourgeoisie have prepared to maintain their privileges at the expense of the workers and youth are crushed.

As a teacher explained at the assembly held in a school in Paris: "For my part, I am also on strike today against the precariousness being imposed. This reform is part of a whole, a spiral. If the movement is followed today, it is also because the salaries are low, because there is great suffering in our profession".

Not only that. In different sectors, the workers are organising, meeting in assemblies and have already announced the continuation of the strikes until the government not only withdraws the pension reform but also reverses all the cuts.

In Toulouse, hundreds of teachers in assembly decided to continue the strike until Tuesday, December 10. In Paris, the teachers explained in another assembly: "We are organized by district. We exchange information, especially on practical points (...) if we will meet again today, agree on meeting places, transmit information on the modes of action to decide on the continuation of the strike and the steps to be taken".

And the same has happened with the petrochemical sector. The federal secretary of CGT Chimie (Chemicals), Emmanuel Lépine, emphasized the strong impact of the strike — superior to other calls — with these words: "This is something never seen before, no product comes out, neither by pipeline, nor by truck", and announced the decision to continue until Monday, the 9th. Although at the moment there is no shortage of fuel, the situation could change if the strike were to be prolonged, making the crisis of the Macron government more acute.

This enormous pressure from below is what is forcing the union leaders to go beyond what they would like so as not to be completely overtaken. Thus, the general secretary of the CGT union, Philippe Martinez, in an interview with Le Journal du Dimanche said that they are willing to continue the strikes indefinitely if the government does not withdraw the reform.

For a new general strike to break Macron's plans

Indeed, this is a key struggle to dynamite Macron's capitalist government. Its Prime Minister, Édouard Philippe, presented the details of the reform on Wednesday 11, making it clear that they will not back down, although they have indicated that they will be "flexible in the details of its implementation", showing that they have been affected by the force of the mobilisation. This is the typical manoeuvre to try to defuse the strike, get the movement off the streets and lock their leaders in elegant offices and negotiations.

The working class, the youth, the impoverished middle classes, the most vulnerable sectors of French society are facing a crucial moment. The European bourgeoisie itself, through its press, is warning time and again that Macron is facing the spectre of the 1995 strike, when the Juppé government had to give up reforming the pension system after several weeks of huge mobilisations. A nightmare scenario for French and European capitalists, because it would turn this battle against pensions into a new point of reference for the workers' struggle not only within but also outside French borders.

The conditions for victory have been set. The trade union leaders cannot give the government oxygen, it is a question of taking a further step in the struggle, and the CGT leadership has every responsibility to do so. It is not enough to say that it is "willing to continue indefinitely with the strikes": it is necessary to present a forceful mobilization plan that allows the movement to deploy all its strength, and that includes already calling for a new 48-hour general strike and, if the government does not back down, preparing the indefinite strike until Macron's plans are crushed.

This plan must include the organisation and coordination of committees in factories, in all work and study centres, in neighbourhoods and localities — following the combative traditions of the French working class and the example of last year's yellow vest struggle — and the elaboration of a platform of demands that includes, together with the rejection of the pension counter-reform, the reversal of all the cuts and setbacks in labour, social and democratic rights in recent years, to fight for increased investment in health, education and public services, to demand the re-nationalisation of all privatised sectors and the nationalisation of the large monopolies and banks in order to achieve this. Struggle is the only way! 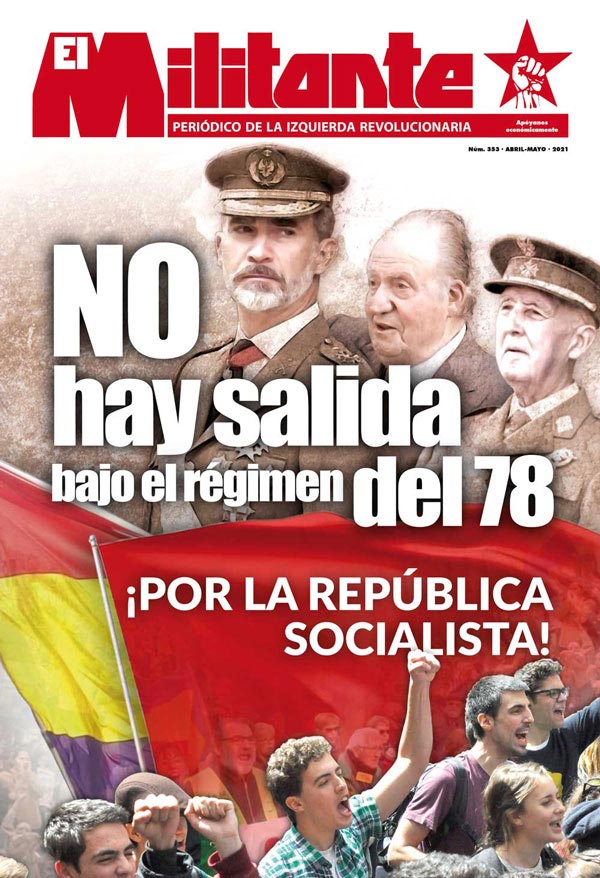